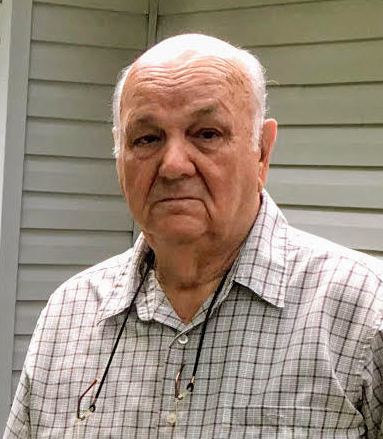 FRANKLIN – Jack Lee Bennett joined his heavenly father on Sunday, Dec. 20, 2020. He resided in Franklin and passed away at the Asheville Mission Hospital.

Jack was born on May 13, 1934, in La Grange, Georgia, and he grew up in Griffin, Georgia. Jack served as a paratrooper in the United States Army for four years. He was the youngest of six siblings and was 86 at the time of his passing. He later settled in Florida, where he worked for Florida Power and Light and raised his children. He moved to Franklin in 1989.

Jack is survived by his loving wife, Edda M. Bennett, whom he adored. She was greatly attentive to Jack’s care in his aging years, for which his children are eternally grateful. He is also survived by his three children and three step-children, Jack L. Bennett II and his wife Jody G. Bennett of Deltona, Florida; Kelly L. Yates and her husband Randy Yates; Renee D. Bennett and Dennis C. Tubbergen of Fremont, Michigan; Mary and Brian Hanrahan of Orange City, Florida; Elizabeth and Brian Larson of Lakeworth, Florida; Joseph and Molly Curran of Winston-Salem, North Carolina.

Jack was preceded in death by his parents, Daniel Boone Bennett and (Rebecca) Maude Nixon Bennett; his five siblings, Clarence C. Bennett, James W. Bennett, Margaret E Bennett, Bonnie Dixon, and Frances B. Folds. There was a seventh child who died at 2-3 years old. We have lost his name through the years, unfortunately.

Jack has many nieces and nephews, but he was especially close with (Julian) Keith Folds, son of his sister Frances, of Griffin, Georgia and (Deward) Bennett Evans of Clayton, Georgia, his beloved nephews.

A memorial service will be held sometime in April 2021. Specific details to be announced at a later date.