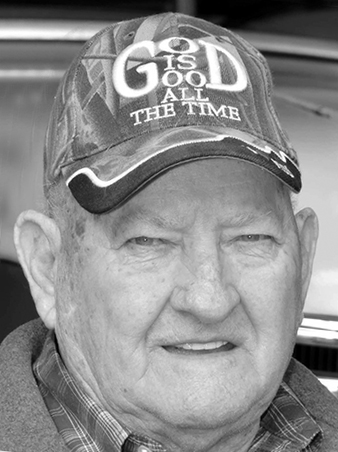 F.B. was a member at the Cartoogechaye Church of God. He was the owner of Vinson Backhoe Service. His greatest achievement was being Poppy Vinson to all his babies. He lived his life for the Lord and for his family, he was truly loved by all his family and friends. He will be greatly missed.

Mr. Vinson was a U.S. Air Force veteran, serving in the Korean War.

A funeral service will be held Saturday, Nov. 16, 2019 at 2 p.m. at Cartoogechaye Church of God with the Revs. Phillip Cochran, Robert Dryman and Eddie Brewer officiating. Burial will be in Woodlawn Cemetery.

The family will receive friends from 6 to 8 p.m. Friday evening at Bryant-Grant Funeral Home.

Bryant-Grant Funeral Home & Crematory is serving the Vinson family.  Condolences can be sent to bryantgrantfuneralhome.com.

Have you eaten at local restaurants since they have been allowed to serve dine-in customers?