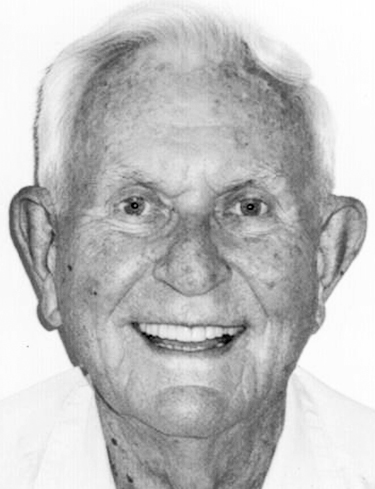 GREENSBORO – Dr. William Ransom Ledford (Bill), 97, died on Sunday, Jan. 3, 2021 after a long-fulfilled life and a courageous battle with blood cancer, Multiple Myeloma. He died peacefully at Beacon Place in Greensboro after several weeks of loving care from family and friends.

Bill was a widower of 43 years, father of two daughters Colette and Janeen, grandfather of Leah, Mark, Chris, and Jenner, great-grandfather of Kira and Leo. His religious affiliations were with Methodist and Quaker churches, yet he had an appreciation for all world religions, as he was a world traveler and a fluent speaker of French, Spanish, and Italian.

“Papa” as he was known by his Greensboro family was an international traveler, lover of languages, and devoted to his family. He enjoyed reading, gardening, investigating his ancestry, and travel shows. He was pleased that his great-grandson received his middle name of Ransom.

Bill Ledford was born in Macon County on May 28, 1923 to George Ransom Ledford and Lola Haseltine Gillespie. He was one of ten children, four brothers (Charles, Alex, Monroe, and Carl) who worked as mountain farmers and carpenters near the old home place. His four sisters (Nannie, Irene, Mary and Mozelle) migrated to the states of Washington and California where numerous nieces and nephews currently live. Burdell, his sister and husband remained in Franklin and obtained the family homeplace, built in 1900.

Bill  graduated from Franklin High School in 1941 with academic honors in French and History. He enrolled in Rabun Gap Jr. College, Rabun County, Georgia where he met his wife, Kate Marie O’Shields Ledford. The following year he enrolled in Berea College in Berea, Kentucky, receiving a bachelor’s degree in French and Spanish in 1947.

After Bill’s graduation and marriage, he enrolled in the University of Iowa, Iowa City, and obtained his master’s degree in romance languages. He and Kate moved to Red Oak, Iowa where he taught French and Spanish at a Junior College and high school and welcomed their first child, Colette. Two years later they moved to Roxboro, North Carolina and taught in a high school and their second child, Janeen, was born. Next, Bill accepted a position as faculty professor at Meredith College in Raleigh, and taught either French or Spanish for thirty-five years, rising from instructor to full professor and then chairman of the department. He obtained his doctorate degree in modern languages from UNC-Chapel Hill.

Bill was professionally active in state, national, and international organizations including NC State French/Spanish Organizations in which he served as President. In addition, he was active in the South Atlantic Modern Language Association and the National Organizations of French, Spanish, and Portuguese.

Bill Ledford was honored twice as a recipient of the U.S. Fulbright Scholarship, traveling to Bogota, Columbia, and several places in India. He developed and wrote a contrastive study of Spanish and Indian farming methods.

After Bill’s retirement from Meredith College, he continued teaching at Wake Technical Community College and tutored at NC State University. He moved to Greensboro in 2003 and continued his interest in languages and gardening. He began studying Italian at the age of 79 and was a regular participant in the Greensboro Italian Club composed of active and retired educators of area colleges and universities.

After moving to Greensboro, Bill became an Associate Member of First Friends Meeting, joining his family there. Although a life-long Methodist, with almost a half century of membership at Highland Methodist Church in Raleigh, he agreed with the Quaker tenets of Christian service to the community and world, and its focused stand against all forms of war.

Bill leaves behind his daughter Colette Edwards, of Greensboro, North Carolina, and deceased daughter Janeen Ledford of Denver, Colorado as well as four grandchildren, Leah Edwards, Mark Edwards and wife Abby of Greensboro, Jenner Buckner of Chapel Hill, North Carolina and Chris Buckner and partner Aldon who live in Brooklyn, New York. There are two great-grandchildren, Kira and Leo and their mother, Samantha Edwards who also live in Greensboro. Additionally, he leaves behind many relatives in Franklin.

Funeral arrangements were made by Hanes Lineberry Funeral Home, North Elm Chapel and a small, private service was held at Montlawn Memorial Park in Raleigh at 1 p.m. on Saturday, Jan. 9. Bill was buried alongside of his late wife, Kate. A virtual celebration of Bill’s life will be conducted by First Friends Meeting at a future date.

In lieu of flowers, donations can be made to First Friends Meeting of Greensboro, 2100 West Friendly Avenue, Greensboro, NC 27403.

Online donations can be sent to GivePlus Church Mobile app for a one-time gift or recurring donations. You can download the free GivePlus Church app to your phone from the App Store or Google Play. With GivePlus Text you also can use your smartphone. The First Friends Meeting 10 Digit GivePlus Text # is 833-931-1921. If you prefer, a contribution to the Meeting can be made through your bank or a check sent through the mail. For questions contact Alicia Sharp at Alicia_sharp@icloud.com.

Condolences may be shared by visiting haneslineberryfhnorthelm.com.