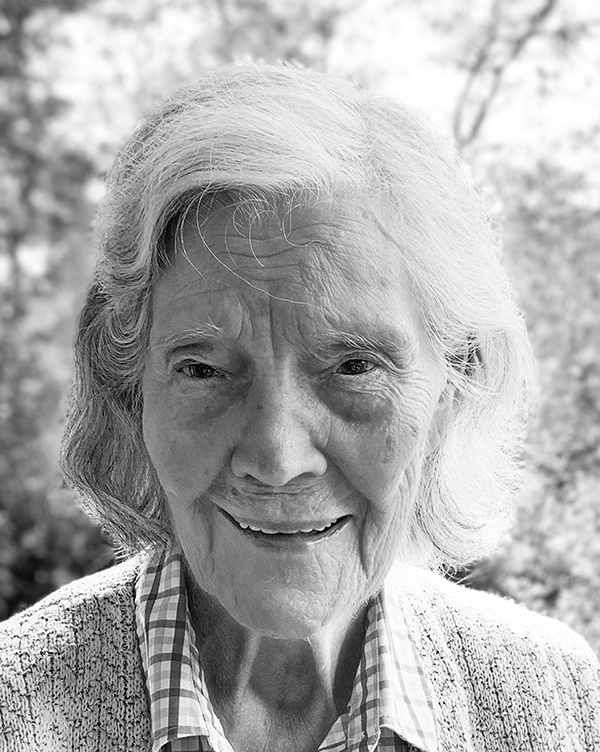 HIGHLANDS - Beloved longtime Highlands resident Mary S. Thompson (fondly known as “Nanny”, not only by her own grandchildren but by many other children) passed away Thursday, June 11, at her home after a brief illness.

Mary Grace Smith Cleaveland Thompson was born in Westminster, South Carolina on June 28, 1924 to Mary Elizabeth Harbin Smith and John Henry Smith.  She was the sixth of 8 children.

Her father was a sharecropper and she began picking cotton at the age of 5. At the age of 12, Mary came to Highlands and began working at Hotel Edwards to help support her family in South Carolina.

She remained in Highlands and at age 16 she married Wendall (Buck) Cleaveland. During the war, they moved to Vancouver, Washington with their young son John, where Buck led an electrical crew helping construct battleships for the war effort. Mary herself worked in the shipyards pulling wires through the bellies of battleships during their construction.

Near the end of the war, they returned to Highlands, which was in a state of economic despair. Soon after, they moved to Virginia where there was ample work available in the construction industry. Shortly after their arrival in Virginia, Buck was tragically killed in a construction accident. Mary returned to Highlands with her son John and began working at the Tar Heel Restaurant, which was located in the current Masonic Lodge building on West Main Street.

In 1950 she married Magnus (Bud) Stribling Meriweather Thompson, Buck’s half brother. They had three children. In 1954, they moved for a time to Oconee County, South Carolina to be near Mary’s elderly parents.

In 1966 Mary and her son John Cleaveland bought the Highlander Restaurant on Main Street Highlands from W.C. Newton. In 1969, the business was expanded with the addition of Big John’s Sirloin Room on Oak Street. The business was operated by the family until it was sold in November 1981.

Following that venture, Mary, along with her son Mike and his wife Dale, operated a business on the hill known as the Sunny Day Bakery and Deli until the fall of 1986.

Following her retirement in 1986, Mary served as a regular volunteer at Mountain Findings for over 21 years. She also continued serving others and visiting the eldery at the Eckerd Nursing Center until the age of 93.

Mary was a longtime member of the Presbyterian Church in Highlands where she served as an elder for many years.

She was awarded the Robert B. Dupree Citizenship Award through the Highlands Rotary Club in the early 2000s.

To the delight of many, she continued baking her wonderful breads, chocolate cakes, and caramel cakes, as well as her infamous buttermilk pies, until she hung up her apron at the age of 90.

She is preceded in death by her son John W. Cleaveland.

From her home overlooking Harris Lake, she loved to watch the clouds as they rose from the West.

In addition to all of the family who attended to our mother, thanks to her faithful caregivers Sherry, Delores, and C.J.

In honor of her wishes, a private family service will be held.

In lieu of flowers, donations may be made to the John W. Cleaveland Benevolent Fund at Community Bible Church, Four Seasons Hospice, and Highlands Child Care Development Center at First Presbyterian Church.

We will all miss her so!!

Bryant-Grant Funeral Home and Crematory is serving the Thompson family.

How have you responded to the governor's mandate to wear masks in public?